The School Year, as per local custom, runs from late January until early December (like Southern Hemisphere Schools).  It is divided into two 19-week semesters which run:

I) from late January until mid-June and

II) from mid-July until early December.

The two semesters are each divided into 9-week bi-semesters (quarters) with a one week break (mid-term holiday) separating them. 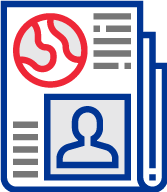